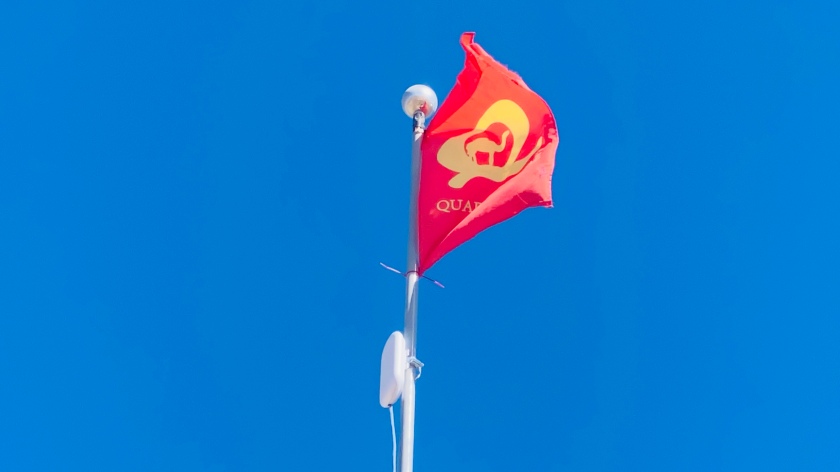 It’s yet another windy day. I don’t really want to do much of anything except hide from the wind. I’m in a more foul mood than usual because Lister woke me up at 5:00 am and continued to be a complete jerk for the next several hours until he took a nap. It’s a good thing I had coffee or the cat might not have survived.

I’m noticing this feeling is extending past today, though, and back through the last couple of weeks. I’m only going into town when I need to, and not going exploring like I used to at all. I have a vast network of trails to explore on my bike, but I’m not. I still enjoy the company of my campmates, but installing Jenn’s trailer hitch on her Jeep yesterday left me exhausted. I didn’t even want to sit by the campfire with people last night, which is a first since I’ve been here. I just wanted to lie down and watch videos. Forget about making videos. I know I should keep up the momentum I’ve been gaining, but despite an extensive topic list I just don’t have the energy to do it. Even the featured images on my posts are looking a bit monotonous as I scroll down the front page of SmokeyDaVan.com.

I’m getting complacent about being in Quartzsite. There’s plenty left to explore, especially now that January’s crowds are gone. I can once again get to the Kuehn Street tent area anytime I want and even find reasonable parking. Most mornings are warm enough for me to take the bike to the QIA to meet some of the local ham radio people for coffee (yes, I’m still testing the Kemimoto heated gloves, but I find I don’t actually need them now as temperatures have warmed up). I think I’ve gotten too comfortable staying in one place for so long.

It’s probably good for me that I’ve committed to going to Yuma tomorrow. The change of scenery will probably do me some good. I’ll have to actually van life again after simply sitting at home, or in my “yard,” the past few months. The hamfest will be an experience. The equipment I buy will give me another project or two to do. Imperial Dam will be a new place to explore, but with all the comforts of La Posa South (plus a shower).

I keep telling myself that it’s a thing worth doing. I remain unconvinced. Honestly, I could just forget the whole thing and stay here. But I’m not going to. I’ll follow through on this and spend my first night away from Quartzsite since I arrived nearly three months ago. Hopefully, that’s what I need to push my mind out of this… It’s not a funk or even a rut, but I don’t know what it is. I’m not dreading it, but I’m not exactly looking forward to it, either, though I feel like I should be. We’ll see how it goes. I might end up coming back to Quartzsite before leaving the area for the season. If I do, hopefully, I’ll rediscover what I appreciated so much about it when I first got here.